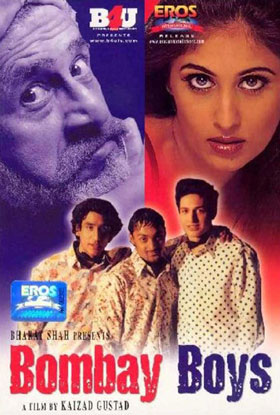 Krishna alias Kris Sahani lives in New York, U.S., but decides to travel to his homeland in order to act in a movie. While Ricardo Fernandes leaves Sydney, Australia to travel to Bombay in search of his missing brother, Roger. And finally, Zeres Mistry, from London, England, also travels to Bombay to find his true love. The paths of all three Non-resident Indians cross in the taxi ride to Colaba, and they decide to stick together in their search for an apartment. They do succeed in finding one, owned by a seemingly gay landlord, Pesi Shroff, who openly and lovingly eyes a visibly uncomfortable Zeres. Things do not go well for Kris as well as he is asked by Filmmaker, Don Mastana, to act in a movie that is slated to be the worst movie in Bollywood history. Ricardo finds himself at the mercy of the local police, who make it clear to him that they have better things to do than look for his missing brother. It is only a matter of time before the hapless trio to realize that their respective hopes, dreams and aspirations are soon to turn to hopelessness and nightmares - from which there is no escape.