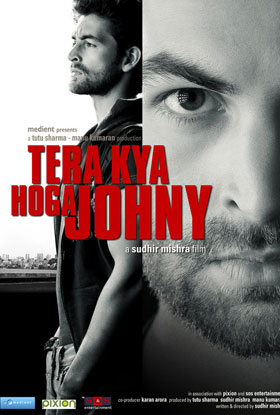 To dream is to live and yet dreams die all the time.. Fortune smiles on those who manage to ride the inevitable flood of opportunity that come ones way.. Luck is a small matter purely dependant on who you know.

Jonny (Sikandar Agarwal), the coffee boy is a veritable fount of such profundities. He is one of the hundreds of thousands of human beings whose existence seems incongruous in Mumbai, a city seemingly racing against time to mirror Shanghai as the modern day urban utopia.

Unlike most others of his ilk, Jonny however has a master plan for himself. He knows he has to get out. Preferably to the paradise across the Arabian sea - Dubai where he is convinced he will find respect. In the manner of great war strategists across history, Jonny's plan is based on his army - a motley group of three entirely different people.

A provocative, unflinching look at the complexities of urban living, the films puts Jonny right in the middle of their rollercoaster life.